Big Max #1 was written by Dan Slott, drawn by James Fry, inked by Andrew Pepoy (don’t remember the colorist, sorry). It was to have been Dan’s first published creator-owned project but the publisher went under before the book saw print, so when the ownership reverted to Dan, he asked Ty if Mr. Comics would like it to publish. Ty had had a fondness for the project from the first moment Dan had “pitched” him the idea, and had done the cover for the planned first issue. (Dan was so happy about the project, and the cover that he had tshirts printed up and gave a couple to Ty. I sacrificed one and gave it to my son,  who loves it).

Given the bargain-basement price (Free!), and given the story and the art, it was a quick yes from Ty, and Mr. Comics’ owner, Steve Ballantyne.

James Fry still had copies of all the art, but two of the coloured pages were missing. Ty and I coloured those, easily mimicking the fun, bright pop colours of the rest of the issue. Chris Eliopoulos had lettered the original version of the issue. I’m unclear as to whether Chris didn’t have copies of the lettered versions or Dan simply took this as an opportunity to tweak the dialogue. As I was lettering Revolution on the Planet of the Apes for Mr. Comics, Ty asked if I’d be willing to add this to the list. And, obviously–I said yes!

These are just a couple pages. Look online for reissues…last New Year’s (2010) Dan posted copies online through his Twitter, but I don’t know if you can still access those files. 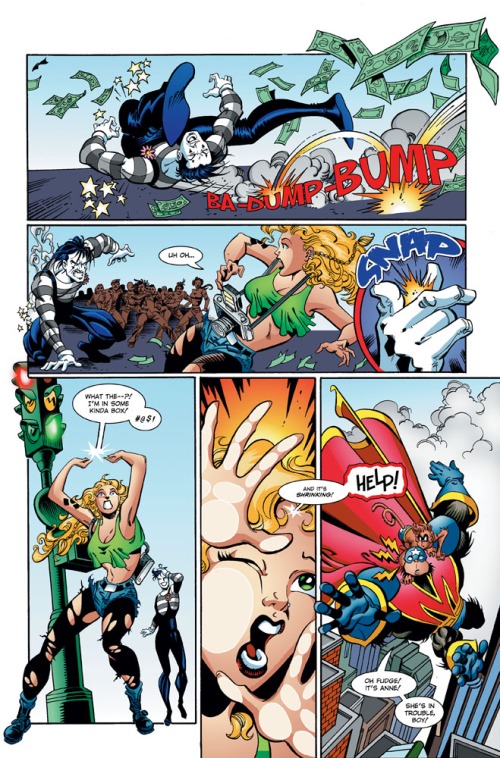 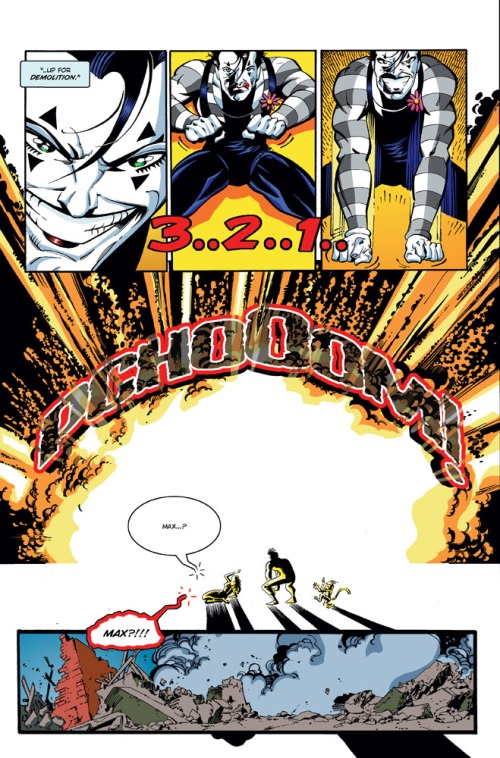